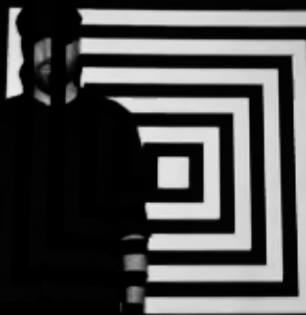 Great to speak with you again. So what have you been up to since we last spoke in 2012?

Largely R&D and honing the new release, running in parallel. Some shadow curating here and there.

Congratulations on the release of your new film The Black Vertebrate! Another masterpiece! Can you tell me more about the project? Your inspiration behind it, how it came about?

Originally titled "The mouth of Set", it started as an unfolding A/V sequence which could have been a stand alone, but developed much further. That is at the center of The Black Vertebrate, the axis of a sensory void that extends out to other elements that could either be seen as attempting to escape the void, or being pulled inward to incubation.


Is there a physical release date / screening worldwide etc?

Initially it's seeing release in limited USB editions on Private Archive. The USB's content could change somewhat with each wave. In 2015-16, the project was performed in New York City, primarily at the Macie Gransion arts club at the site of Envoy Enterprises' gallery, with more shows to follow in the new year at other locations. USB seems like a good vessel for it at the moment. 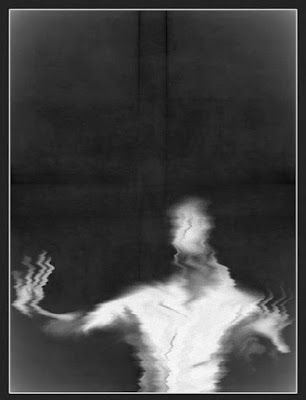 
What do you make of the current state of American society? Especially now that a new and controversial president has just been elected? Is the cyberpunk reality becoming more dangerous?

I think that the electorate has become more dangerous, as the uninformed, and the disconnected/disinformed parted the sea for the President-elect. The connected are in a reality bubble, not interested enough in taking part in a script that will have true consequences. Keep them dancing to the algorithm, worshiping tent pole gods. 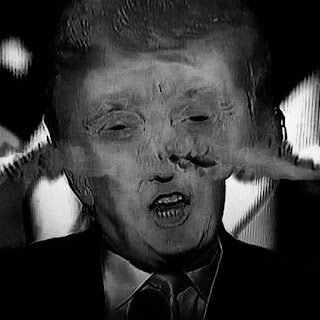 In Adam Curtis’ new documentary HyperNormalisation he makes a stunning claim that “We are part of a system where the opposition and counterculture have no effect and nothing ever changes” Would you agree with this?

Opposition is finite. Counterculture is extinct. Emergent culture is another story. Everything changes and so on. The masses move further into individualized "realities"

2016 is being described as the year of Virtual Reality. This could potentially be the future for video art, gaming and film. Have you used VR?
Would you consider (or have you considered) a project using this technology?

Toiling with a language in its infancy. I see little point in imitating reality when one has the opportunity to engage the subconscious head on whatever the art and/or technology. It's virtual non-reality at the moment. 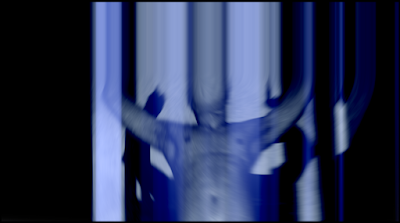 Do you ever play any video games?

Demon Attack for the Atari 2600, The Legend of Zelda on an NES, Emulator.  Does that still count?

Kind of, but on a more modern take on the medium I think you would possibly like Thumper or Rez, both also have VR support.

What music are you listening to at the moment?

Nothing but my own material as I prepare a new live rig and show. The blinders are on right now. 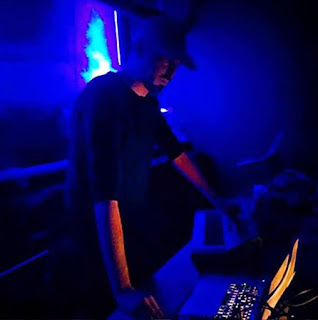 What film and TV are you watching at the moment? I would recommend Black Mirror if you haven't seen it yet.

I have yet to see Black Mirror, it's been recommended by friends. When I have the time I'll  get around to it. The last series I watched most of was Hannibal.

Can you tell us more about your recent collaboration with Bad Breeding on their excellent music video for A Cross? How did the project come about? Did you want to shift away from electronic music typically  associated with your work?

They contacted me some time ago, but schedules didn't sync for months. I had the track, which I liked for its stripped aggressiveness.  It was also two minutes long, which is the ideal length. I suppose it's a sort of crucifixion in two distinct sections. It formed rapidly and was completed rapidly. I think it is as "Electronic" as anything else I have engaged in. We had thought about making it a short film. We will see.

What are your top 3 music videos of all time?

They are an anachronism. I usually detest when vocalists mime, and those grotesque egos emerge in front of the camera. The less of that the better. I think that's been successfully eviscerated with "A Cross." David Bowies Blackstar and Lazarus videos are examples of excellent use of vocal Mime. 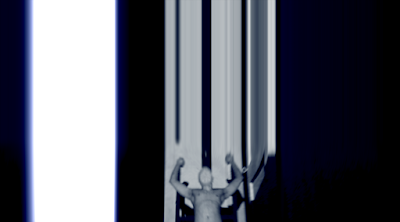 What inspired you to become a video artist?

That is too big a question to begin to answer here and now.

Whats next for Edward Paul Quist and Embryoroom?

The "features", which are in part based on "The Untitled" shows. The Black Vertebrate holds clues to that project, as it is its overture.  Collaborations as well, some new, and rejoining others that have been dormant satellites. Embryoroom will move into its twenties officially. The ideas and experiment continue to the next phase.

The modern world has become a complex illusion. As technology becomes more integrated into our lives we continue to play by its rules, projecting an idealised image of ourselves, consuming more and more as we go, most of the time without giving a second thought to what goes on beneath the surface. As we become more self obsessed, there is an underlying sense of paranoia, nothing and no one can be trusted. Everything outside of our insular lives is beyond our control or understanding.

American video artist, Edward Paul Quist aka Embryoroom returns at this pivotal point in time with a new masterpiece, one which for me, holds up a disturbing reflection to the complex world we have created. It is called The Black Vertebrate, a short film split into nine chapters which sees Embryroom pushing the limits of his unique and unmistakable style.

The screen is engulfed with stark black and white abstract imagery right from the start, blocks of pixels are scanned, shapes glitch uncontrollably there is constant motion, its ever shifting, fluctuating, strobing and daring you to look deeper. And what do we see? An ‘eye’ shape flashes rapidly, short glimpses of a skeletal silhouette, a deformed face and a beating black heart.  These images recur throughout the film, amongst the dense analogue and digital shapes. Electric tentacles appear to caress the screen, there are grids which feel like a web or a cage. Is this a reflection of ourselves? For me, it represented us, being trapped in cyberspace, an ever changing abstract world that has become so dominant, ubiquitous and beyond our control. 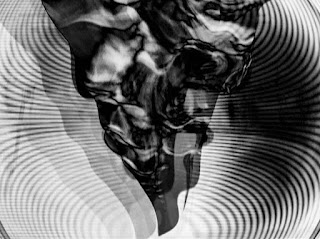 Still from The Black Vertebrate

Is there an end? About halfway through we see a light, a way out perhaps? It feels like we are getting closer but the void wont let us go. Another despairing figure flashes. It is at this point colour is introduced and the intensity increases, however, it feels more organic, like we are at the centre of a living cell, a still, helpless figure is ‘scanned’. Are we merging with the digital? Becoming part of the machine perhaps?

Then at around the 30 minute point, the source of the hypnosis appears to reveal itself: a lone pylon stands against a grey sky, pulsating intensely, firing out black frequencies all around it. At the pinnacle: in the most extreme retina scan you will ever experience, you stare into the infinite abyss, hypnotised by the beauty and complexity.

The excellent sound design throughout further enhances the feeling of claustrophobic space, paranoia and hypnosis. Repetitive, mechanical beats combine with lo-fi drones and digital white noise. The constant humming appears to represent the sense of power and electricity.

The amount of visual ideas on display here is genuinely jaw dropping, with master craftsmanship on every detail. I would love to experience it on a cinema screen.

Embryoroom has held up the black mirror, do you dare gaze into it?

>My name is Conrad Hart. I am the founder of Yashar.
>In this blog site I will post up cyberpunk related news from every corner of the Net. From music and art to games and technology.
>Like it or not, we are now living in a cyberpunk novel.